Steps to Reduce Your Risk of Fraud and Identity Theft

Special Precautions for Passwords and PIN’s

A very good way to keep identity theft at bay is to regularly review your credit report.   A new federal law allows you a free copy once a year from each of the national credit reporting companies, Equifax, Experian and Trans Union.

How to get one:

If you request your report online, you will be able to access it immediately. If you make a written request, you should receive your report in about 15 days. Because information may vary from one credit bureau to another, it is a good idea to request a report from all three major companies.

An attempt to criminally and fraudulently acquire sensitive information, such as usernames, passwords, account information and credit card details, by masquerading as a trustworthy entity in an electronic communication.

A combination of “voice” and phishing, where the caller typically exploits the public’s trust in landline telephone services in order to gain access to private personal and financial information for the purpose of illegal financial reward. Victims are often unaware that vishing usually allows for caller ID spoofing and complex automated voice systems.

Convinces a user to click on a link in a SMS message leading them to a fake Web site from where their personal details can be phished or to call a phone number in order to gain access to private personal and financial information for the purpose of illegal financial reward.

**Please remember that we will never contact you asking you to verify any of your personal account information.**

How can you help?

We believe that the single most effective weapon against fraud and identity theft is an informed, educated customer. To help you recognize phishing scams, we have some samples of things to look for to help you distinguish a fraudulent email attempt from the real thing. If you believe you have received a fraudulent email, phone call or letter from First Bethany Bank, please contact us at info@firstbethany.com or call us at (405) 789-1110 ext 245.

What to Do If You Think Your Identity Has Been Stolen

If you suspect someone has used your name, Social Security Number or driver’s license to obtain credit, contact each of the three credit bureaus:

Make sure your account(s) are flagged with a “fraud alert” tag and a “victim’s statement.” Ask to keep the alert on your account for seven years.

Always send these requests in writing and keep a copy for yourself.

File a report with your local police or law enforcement agency.   Get a copy of the police report to notify your bank, credit card company, and other creditors that you are a victim of crime, not a credit abuser. 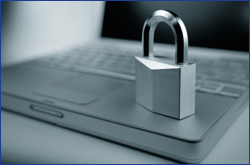 Our Internet Banking technology is provided by FIS. FIS addresses security issues below:

FIS has taken every precaution to ensure a secure environment for our Internet Banking customers. To accomplish our goal of secure Internet banking, we have employed the best in Internet firewall and network security technologies. To understand how FIS protects customer data, you must first understand how a hacker will try to steal it. To simplify, a hacker will try one or both of the following: “snooping” the data while it is in transit or, attacking the server where the data resides.

The data is in transit both when it is being acquired by FIS (from the institution) and when it is being queried by the end user. To provide a safe means of getting the data from the institution to the FIS Data Server (see the diagram below), the following method is used: The institution initiates an encrypted logon to the firewall. The firewall authenticates the request and sets up an encrypted file transmission session with the Data Server located on the private internal network (inside the firewall). Thus, when the institution begins transmitting the data, it is encrypted and thus, protected from snooping attacks. To prevent snooping the end user during account queries, we’re using Secure Socket Layer (SSL), a powerful encryption and server authentication protocol, based on the RSA encryption technology. The Internet Information Server supports 128-bit encryption keys, which provides the highest level of encryption capability available for SSL. 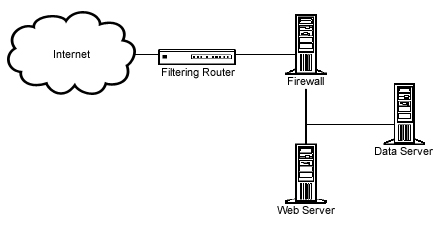 Furthermore, the Windows network which the Internet banking application runs on has been tightly secured physically, at the operating system level, and at the application level of Internet Information Server and SQL Server. In addition to these precautions, the network is monitored extensively. Every logon, successful and failed, is reviewed to pinpoint any intrusion attempts (accounts are locked out after three failed logon attempts ) and if necessary, these logon attempts may be traced back to the source by the user’s IP address, request time, and additional information.